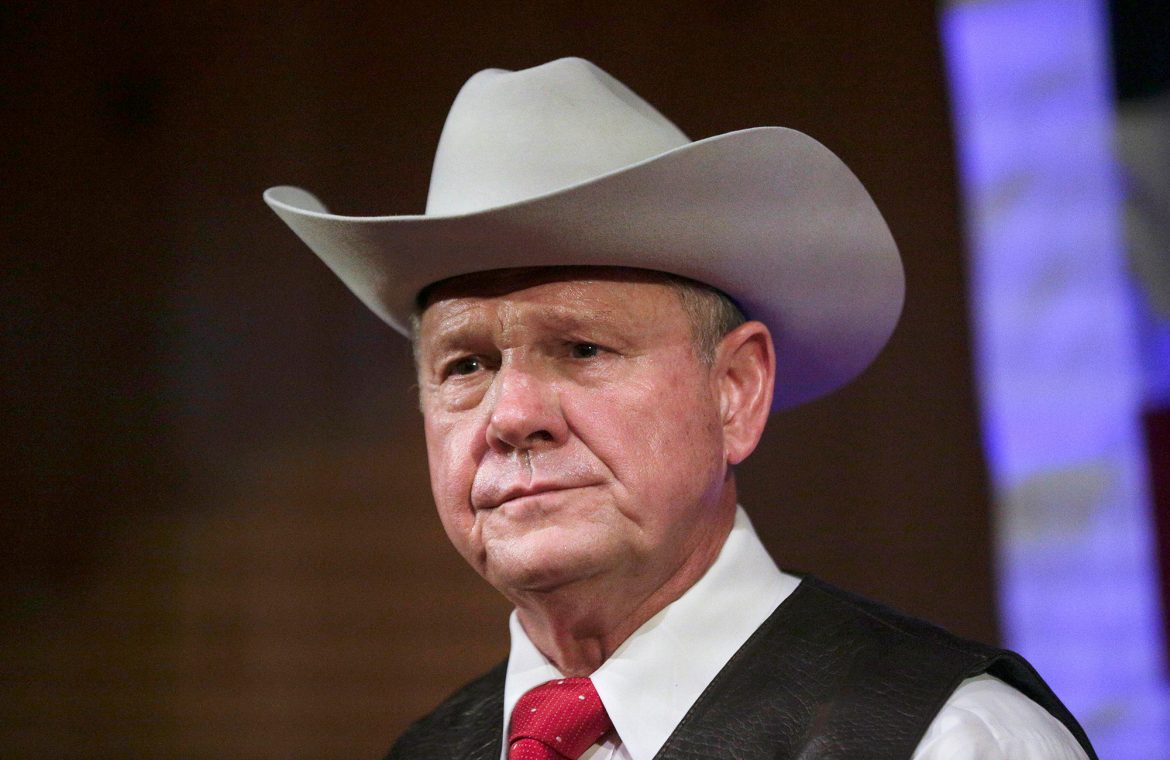 “I’m glad to help Pastor Spell in his fight to preserve our religious liberty,” Moore told Fox News. “Pastor Spell is a man of courage and conviction and knows, as I do, that government cannot interfere with our acknowledgment of the sovereign God.”

“What is happening to Pastor Spell is the most egregious violation of separation of church and state,” he added. Moore lost to Democrat Doug Jones in a highly contentious Senate race, but ran again this spring and placed fourth in the Alabama Republican primary.

Spell confirmed to Fox News that Moore would be one of his attorneys, along with Joe Long, a civil rights attorney, and others.

Moore, who is licensed to practice law in Alabama, said he will seek to be admitted to practice in Louisiana and will sit as co-counsel for Spell and the church.

The pastor of the Baton Rouge megachurch was arrested Tuesday on misdemeanor charges for holding church services for an estimated 500 followers. Spell was charged with six counts of violating the governor’s ban on large gatherings. He faces a $500 fine and a 90-day prison sentence for each count.

“This is not an issue over religious liberty, and it’s not about politics. We are facing a public health crisis and expect our community’s leaders to set a positive example and follow the law,” Police Chief Roger Corcoran said at a news conference Tuesday.

Spell told Fox News he prayed for the officers who arrested him at his church. He said he was released after being fingerprinted and read his rights.

Spell said Thursday he plans to continue holding church services in the face of legal repercussions. “The word of God commands us to assemble as born-again Christians,” he said. “We must congregate, it is essential to our salvation.”

“Businesses are closed, our economy is destroyed and churches are closed by tyrants who pander fear in the place of faith in God and our U.S. Constitution,” he tweeted on March 19.

Speaking to worshippers outside Life Tabernacle Church, Moore said Gov. John Edwards had no right to limit crowd sizes at houses of worship, as the constitutional rights of religious people outweighed those of the government trying to keep people safe.

“We’ve got to remember the First Amendment exists because we can worship God the way want to and no government can come in and tell you you can’t assemble in church,” Moore said, according to The Advocate.

Moore denied the allegations, but multiple Republicans who originally supported Moore called on him to step aside in the 2017 special election.

Moore was also removed from Alabama’s highest court twice. He was removed in 2003 after defying a federal judge’s order to remove a marble monument of the Ten Commandments from the state’s high court.

After being reelected in 2013, he was removed in 2016 for defying a US Supreme Court ruling on same-sex marriages.