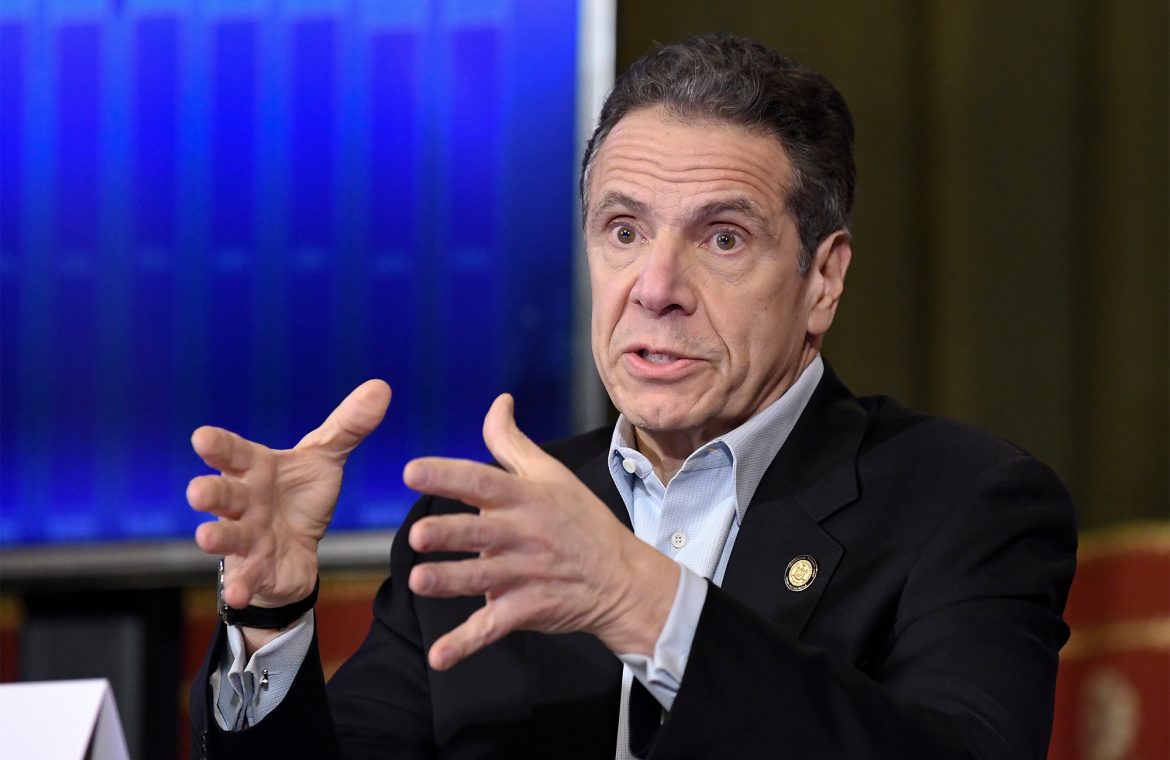 Coronavirus killed more people across New York in a single day than ever before — and the worst is yet to come, Gov. Andrew Cuomo warned Saturday.

But as troubling as the numbers are, the “apex” of the crisis — the point where the numbers hit their peak, and then begin to decline — remains about a week away, the governor said.

“I call it the battle of the mountaintop because that’s what it’s going to be,” Cuomo said.

“I want to get on the other side of that apex, and just slide down that mountain.”

Current mathematical models project the apex as anywhere from four to 14 days away, but regardless, “we’re not yet ready for the high point,” in terms of beds, staff, and equipment, including ventilators, he added.

Still, Trump went on: “This will probably be the toughest week, between this week and next week,” the president said, as the number of US coronavirus cases topped 305,000, and the total national death toll climbed beyond 8,300.

“There will be a lot of death, unfortunately,” the president warned.

The mounting deaths are causing a backlog at area crematories, requiring family members who couldn’t even be at their loved-ones’ bedsides to wait ten days or more for remains.

Meanwhile, over 11,000 infected were hospitalized in the Big Apple, yet there were only 500 ventilators to spare in all of the state by midday Saturday.

Mayor de Blasio said the city alone needed at least 400 or else it would run out as early as Sunday.

GM and Ford were racing to manufacture thousands more, but health experts told the Washington Post that may amount to too little, too late, given the projected delivery dates — between mid-April and mid-May.

Fortunately, immediate donations of the much-needed breathing machines are being promised by an unlikely assortment of sources — from China to Oregon.

Billionaire Alibaba founders Joe Tsai — owner of the Brooklyn Nets and Barclays Center — and Jack Ma are contributing 1,000 ventilators that the Chinese government will be flying to JFK later Saturday, Cuomo said.

“It’s a big deal and it’s going to make a significant difference for us,” Cuomo said.

A second shipment of 140 ventilators is heading to New York from Oregon, the governor said, calling that donation “just astonishing and unexpected.” He added, “140 ventilators will make a difference.”

A total of 85,000 health care workers have so far answered calls to volunteer to help out in New York, Cuomo said, including 22,000 from out of state.

On Pier 90 on Manhattan’s West Side, where the US Navy’s 1,000-bed hospital ship Comfort is docked, several ambulances came and went throughout the day Saturday, but yet The Post was told just 24 patients were on board.

Several were COVID-19 patients brought mistakenly onto the ship, which was meant to handle only non-coronavirus cases, Fox News reported.

Infection swamped cops and robbers alike. Citywide, 251 inmates out of a total population of 4,300 were infected, officials said.

The NYPD reported as they labored to catch social-distancing violators citywide.

“This is like some ‘World War Z’ s–t!” a voice behind the camera yelled.